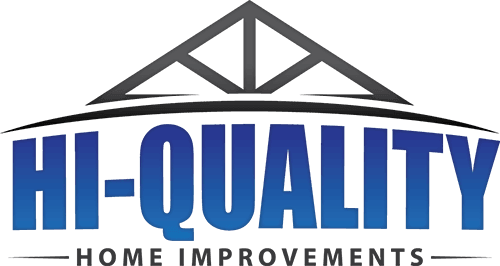 “When we were building our pool, we wanted to design a pool area that was

functional, somewhere we could sit in the shade and relax. We love sitting our Gazebo

during summer and watching the kids play in the pool.

and budget. We couldn’t fault the workmanship or professionalism by all staff

We have recommended Hi Quality Home Improvements to friends and family. They

all love the improvements made to their homes. Thankyou to Shane and staff.”

We highly recommend Shane and his Company after contracting him to do work for us three times and since then, we have recommended his company to many of our friends, family and work colleagues.

We had originally met and contracted Shane Hall to build a new pergola in 2008. Shane was extremely meticulous and paid special attention to fine details such as guttering and down pipes. Shane also offered recommendations for the laser light roofing in which we are extremely happy with the outcome. This particular pergola was surrounded by 3 walls, which could have potentially made the rooms associated with the pergola dark.  Shane also addressed our concerns which is flooding or overflowing of the gutters during heavy rain. He had assured us that this would not occur and true to his word, this had not happened. The pergola area is water tight.

After 1 year, we had decided to contract Shane from Hi-Quality again, to remove the old pergola in our entertaining area which constantly overflow when it rained. The overflow was sometimes so severe that a water fall occurred, which made it very difficult to enter the kitchen. The pergola was badly built and leaked during the first rain.
Shane rebuilt the pergola without any fuss and for the first time we were able to enjoy our entertaining area rain or shine. Shane had helped us to reclaim the outdoor entertaining area and subsequently we have had many lovely BBQ’s since.

In 2010, we commissioned Shane to do an ambitious project for us. A Balinese Inspired Garden Entertaining area. This included a pavilion room, pergola and an entry. As our area is rated high for Bush Fires, Shane had built the building with colourbond roofing.

Hi-Quality is true to the name. The work performed was of High Quality and at a very competitive price. Shane performs his work with minimal of fuss and is also happy to come back to address any of our concerns.

Our  testimonial is proof within itself in that we have had Shane from Hi-Quality perform the various work for us three times! Each time, we were extremely happy with the outcome.

We highly believe that you cannot find a better trade person in Shane and his company Hi-Quality Home Improvements.

From the minute we met Shane it was a case of ‘Stop the fight’ and we cancelled all further quote requests from other builders.

Shane showed great attention to detail in the early planning stages and went through everything to make sure we understood. He was very approachable and answered every question no matter how silly they sounded from novices like us.

He carried this through the rest of the project and the rules didn’t change as soon as we’d signed the contract. He approached the project as if he was building it for himself.With his approach, his communication and his work ethic we knew we were in good hands and had no problems entrusting Shane to make our dream become a reality. Such was the trust that we’d left our house keys with him for the whole project to come and go as he pleased.

Shane would always be looking out for our best interests and when we had to make decisions or choose between multiple options he would advise us the best approach for us not for him. He is committed and has great values that are closely aligned with ours.

In the end, Shane and his team of skilled tradesman had put on another level with 4 bedrooms, study and bathroom, remodelled the existing level by removing nearly all of the walls and opening it all up and also rebuilt the roof on the original awning attached to the house. We couldn’t be happier with the result!

He is hard working and works to get the job done. Why anyone would want to go with a big name project builder amazes me when people like Shane who own their business take a lot more responsibility and pour their heart and soul into everything they do. Nothing is half hearted; it is either done properly or not done at all. We are already thinking of the next project to get him back out.

Thanks once again to Hi-Quality Home Improvements for the amazing end result.